Nmopal
Editor
posted on 1 year ago — updated on 3 weeks ago
1,252
views
RSPS-Advertisement RSPS News
got a abyssal whip on slayer tasks or currently known duo slayer tasks It's the only way to obtain it and there is a bug with this happening So there is this item called whip vine? It's like Kraken tentacle

I think my account got banned for bug abuse but I am not sure about that because when I click login I can see the Lobby, but well you cannot see the new message, but there was definitely a new message previously But I read this already. It was received yesterday And the message was called "Your 2SPECED account" and it says that "We've been getting in touch with you because after reviewing your account 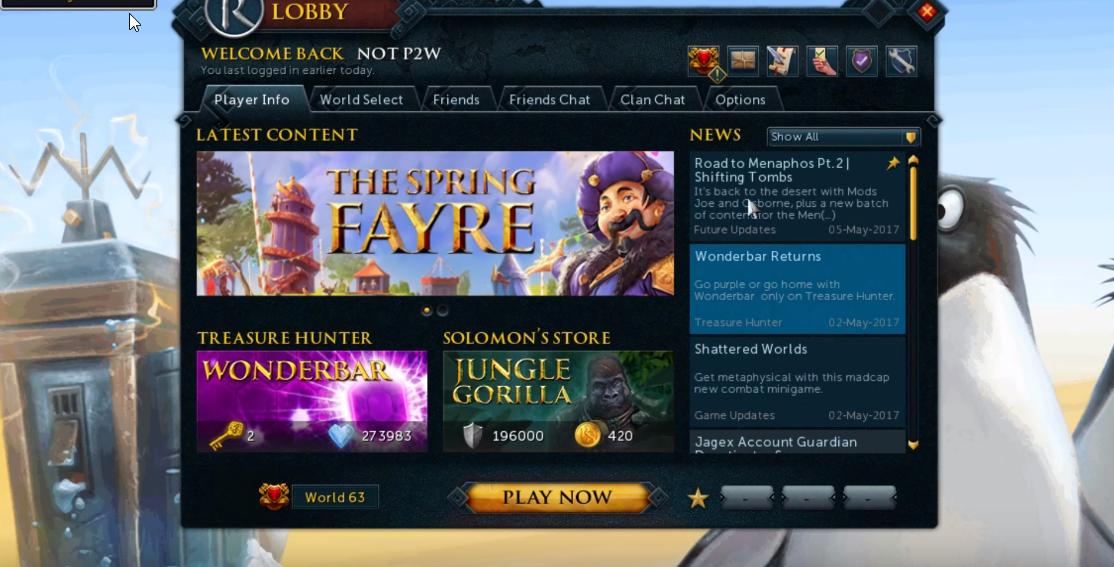 We noticed that you may have broken one of our game rules, please click the word account on our website" So I think it says right there, but you are there we go did this thing I think but I think I can just click on account status. It's so weird. Oh, I just thought that is something Oh squashed there. We go okay. So there's evidence as well Can I view it is going to be some kind of yes, please? I want to see evidence

Why I got banned can you just tell me your account has been temporarily banned for bug abuse Yes because I was bug abusing we have evidence to prove that you deliberately, Exploited an in-game bug for your own gain attempts to give yourself an unfair advantage Through create-through cheating this offence has been manually confirmed manually so....

Mod, said "yo this guy has been bug abusing" Manually confirmed okay and as such cannot be appealed Well, it was squashed. It's so weird because they manually checked it They said this guy needs to get banned for bug abuse and then they said wait a minute  No, let's squash it So could only I am on my notpay2win account because this is the only account where I had a abyssal whip you can

You can reclaim it from Diango in Draynor from this guy, so what happens is you use this vine on lava abyssal whip But it becomes a regular Abyssal vine whip it's not a lava one So you can split it and it's going to return a regular abyssal whip not a lava one So now the game thinks aha, you lost your lava whip you can reclaim it for free Okay, so I can just use another one Split I'm just creating whips like this look at my inventory 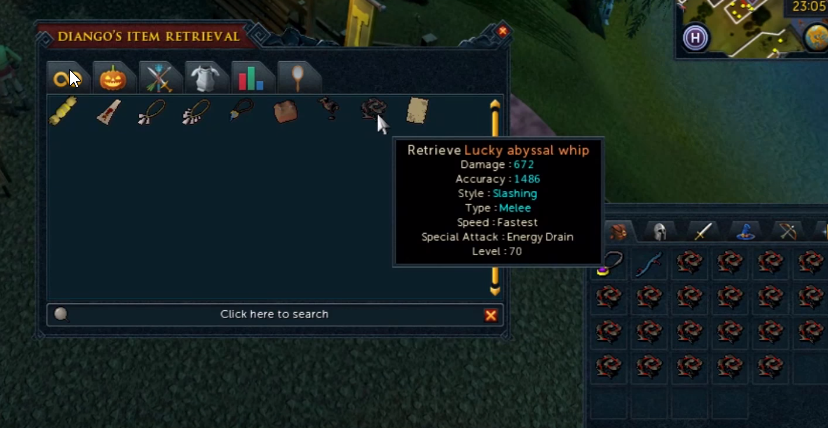 it just filling up with abyssal whips I can click reclaim again, and it just It doesn't cost anything to reclaim look at this. I have three free inventory spaces left just so you see that It's actually like duplicating you Understand how this works it's crazy even though abyssal whips are not worth that much in 2SPECED  But it still adds up like let's see how much is a full inventory of this let's see how much is 1.9 million 1.9 million from full inventory, [I] want to see how fast I can fill it up, okay So this one inventory it took me two minutes and three seconds to do

But let's count it that we're banking as well because you know this is [out] it Just takes like two minutes and 15 seconds to duplicate one full inventory. Which is worth two million gold ok now? I want to try something else because there is another item that it can potentially do so this is the good old Engineering if you remember this and there is Zammy spear And they made a chaotic spear if you didn't play for a very long time

I think you can attach it with some kind of spikes. It is chaotic splint. No, this is defenders man This is not going to work that well because you need 10 spikes to make a spear and you cannot buy tens you have to Just keep confirming the purchases But what if I try to destroy this you can reclaim it from Diango ok so This is the claimable as well if I use these spikes I Creating a chaotic spear will permanently remove Zamorakian spear component are you wish to proceed

Yes, I wish ok so you can retrieve a Zammy spear back, and I can just create and that Chaotic spear But the thing is that it asks you it says that you will not get your Zammy spear back So the only thing that I'm doing at the moment is creating just multiple Chaotic Spears without the cost I don't need to pay for the Zammy spear. Which is like a few mil

I guess so I thought I would be able to dupe that as well but it's only these that I can dupe and it still cost me 200 k tokens per, so there's There's no reason to do this. It's just abyssal whips that work really really well now because I don't want to waste Too much time on this account I only spent 10 minutes collecting these abyssal whips because you know this account is fastest 99s and every hour I think it matters and

139 Abyssal whips in ten minutes boom *clap* how much is it how much can you make this ok let's do some little maths that is Nine point seven million that is like 60 million an hour Let's climb somewhere where other people cannot find us because I don't want someone picking these abyssal whips I'm going to Dispose them right now I'm going to destroy these chaotic spears, but the thing is that I will be getting 50% of tokens back But I'm still losing tokens. I spent 100 percent of tokens getting only 50% so I'm not gaining anything Just I'm gonna click destroy on both of these, and I guess that's it. Goodbye abyssal whips

Yes, I wish to drop this and this this is about to disappear man these items really stay long on the floor there we go Just disappeared well, that's it. I did not gain anything. I just Just like I said I will not be uploading this article until the glitch is fixed So other people could not abuse this I didn't gain anything I lost my membership because I don't plan to play on this account, and I also lost 200k Points the dungeoneering point now even though this lava abyssal whip has been around since 2012 this reclaim option that you can reclaim from Diango was only available since a few months ago

So it was not abused for the past 5 years Like I initially thought so don't worry I mean If somebody sets a bot to do this or maybe they did for the past few months one account can generate over 1.3 billion worth of whips every day per account, set up 10 account