
Terms of use
Copyright © 2021 RuneLeak. All rights reserved.

Top 10 Infamous players of RuneScape and how they got banned

Top 10 Infamous players of RuneScape and how they got banned

on the date of 666 Durial321 found out about a bug involving the construction skill in the game that allowed him to attack other players outside of the wilderness during his time bug abusing he wont on killing other players. He obtained a lot of rares, money and equipment that was never returned to the players that he killed. He was disconnected after about an hour after the massacre started and was later given a permanent IP ban by Jagex.

Perhaps one of the most prestigious stakers in the history of runescape he was well known for his infamous stack of rares and being the cause of the falador massacre due to him reaching 99 construction first and hosting the house party that Durial321 attended. After the massacre cursed you was manually disconnected by a JMOD as well and was banned for a number of hours on the 25th of August in 2006 he was banned permanently for real-world trading to this day nobody knows how many rares he actually had on his account.

He was a popular pker who rose to fame for making YouTube videos shortly after the YouTube web site was created. On Valentine's Day in 2007 Jagex muted Elvemage for using YouTube videos to actually lure people into the wilderness and this led to a 14 hour long riot by players that really liked watching him around that time. Some players even speculate that his victims in his pking montages were actually victims of his lures too as most of them never tried fighting back usually tried running away and they were always in deep wilderness. After all Jagex decided to finally take action and eventually banned ElveMage in 2007 shortly after his mute

Aka strengths he's another famous pker from back in 2007 who was mainly famous for his staking and wearing rares while pking. Both of his accounts tanksta and strengths was banned due to him being caught real world trading and botting, the real world Trading was later confirmed however the botting was not most players believed he botted  due to him having clips in a few of his videos showing how he maxed his strength pure in a little over three weeks. Nobody ever knew just how rich his account really was

He used to be a famous runescape video maker back in the day and was well known for being a ranked member in fishy's clan chat hosting a game called frosty flowers on world two grand exchange center. Starrychelx was banned sometime between the 10th and 17th of November in 2012 shortly before his close friend and fellow host fishy got banned. Also it was later confirmed that they did in fact participate in real world trading before the ban took place, a player moderator by the name of skilar actually released rumors on the ban that was closing in for these two accounts. 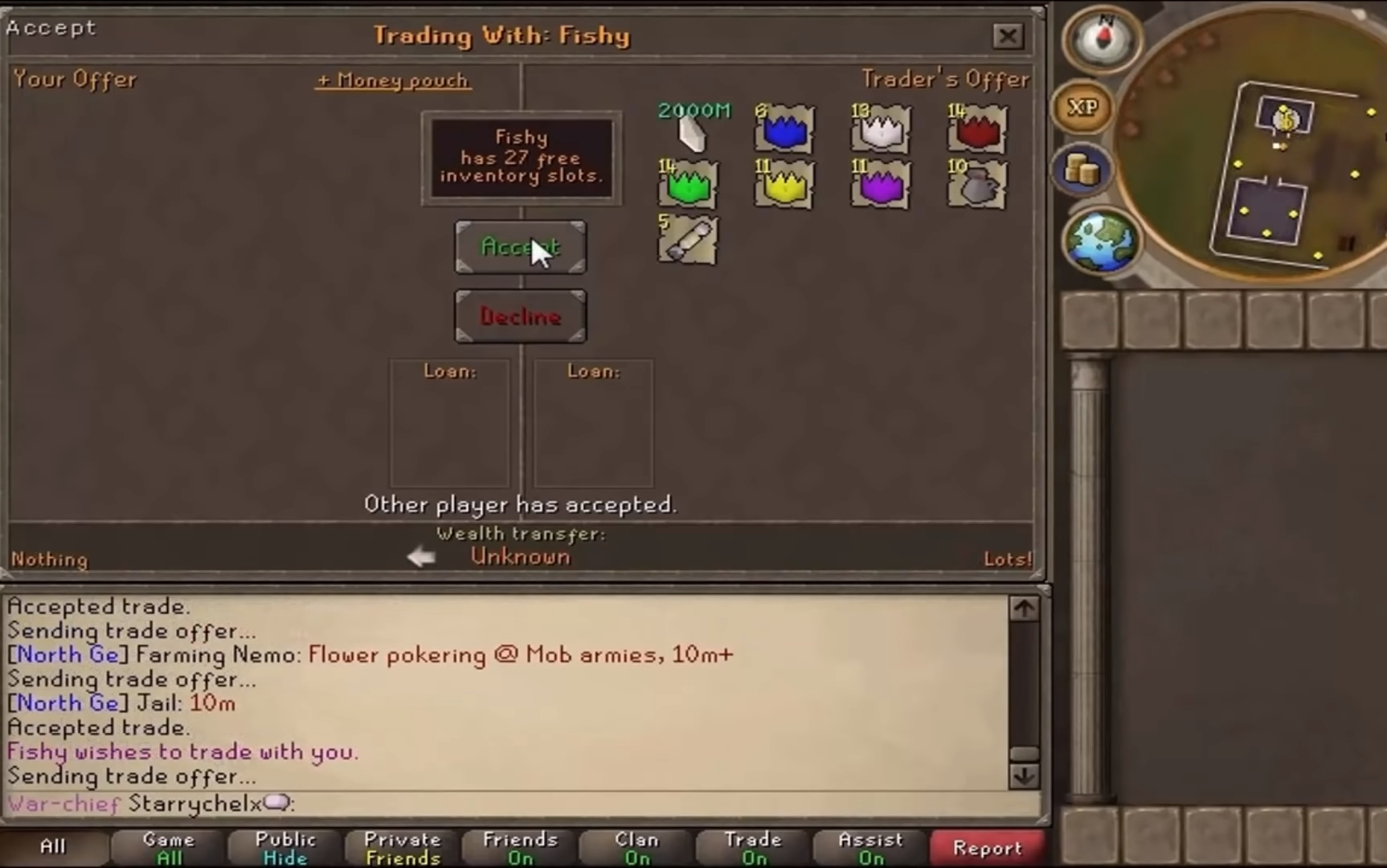 After the player win all day was banned fishy was a host in one of the top three clan chats that hosted the flower game eventually banned for real world trading in November of 2012 along with starII he has stated that he won't be taking the game serious any longer and won't be doing half as much as he used to do in terms of hosting runescape gambling, still to this day fishy is considered to be one of the richest players to ever play RuneScape having a bank estimated to be around 250 to 280 billion GP in items and gold which has stained his name into the history of the richest players of RuneScape.

He was a famous RuneScape video maker known for causing major problems within the RuneScape  community years ago often fighting for control over who had the most subscribers. While all of this drama was happening many people came out with information on Defil3d Botting and breaking the rules videos were posted showing to file to count walking back and forth from one spot to another over and over again as well as standing in one spot in the soul wars minigame for hours. Shortly after these videos released Defil3ds account was banned permanently, he continued to make videos until people stopped watching him and has lost over half of his subscribers ever since then. 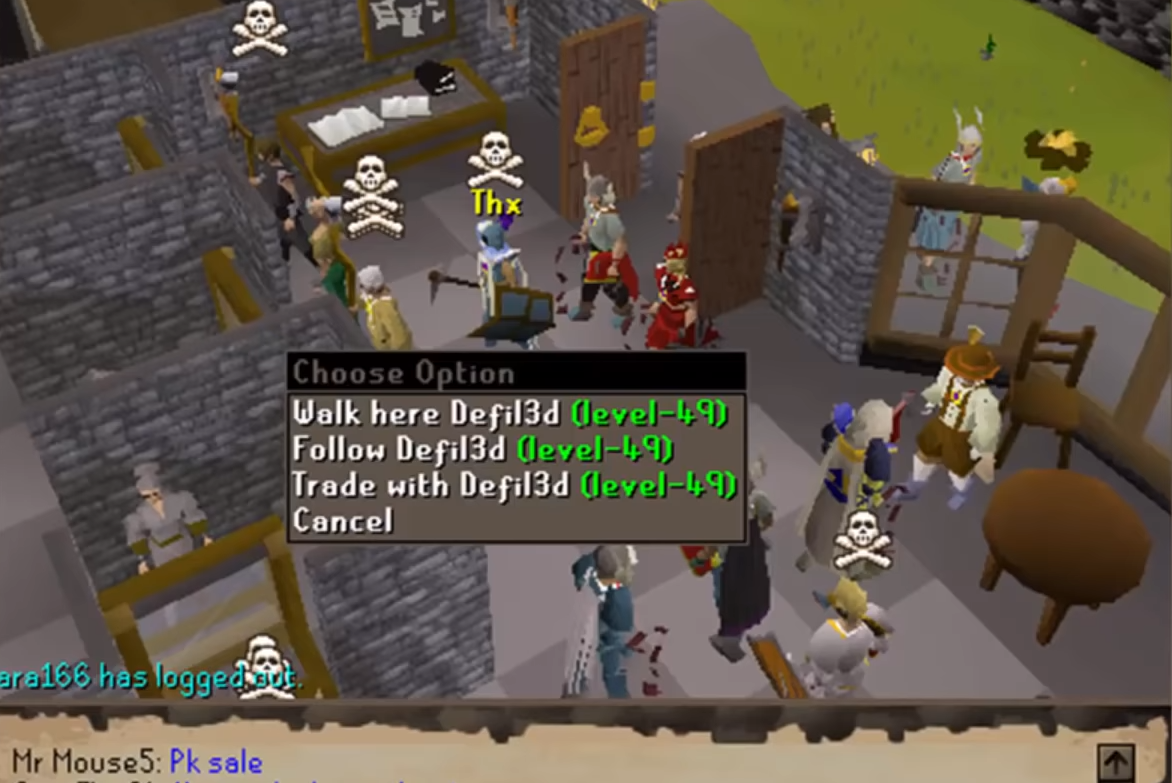 He was a player known for staking, pking, real-world trading and gambling. Hosting a very large dicing and flowering clan he has a video on his YouTube channel showing over 200 billion in items and coins. As of August 17 2012 Win All Day has been permanently banned as well as all of his other accounts he has ever owned. Win all day claims that the reason that he got banned was because of one of his old ranks making a gold selling website and put his name as the leader of the group however it is relatively well known that he has made thousands of real dollars off of runescape anyway. 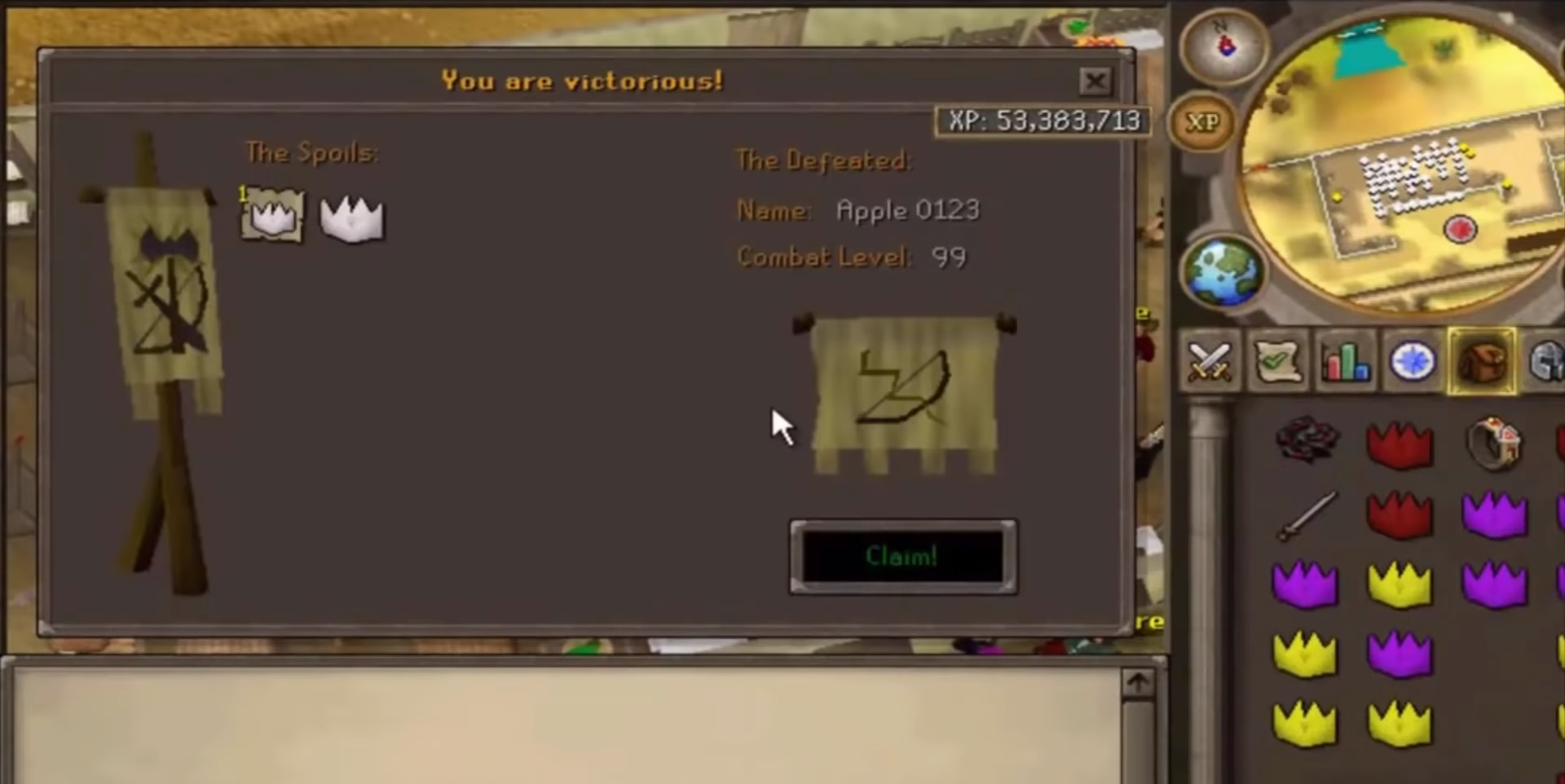 he's a runescape video maker that posts videos of himself luring other players for their items which has earned him infinite notoriety around the runescape community he was a close friend of CLS product another lurer and the two would lure together on occasion eventually he was permanently banned in September of 2012 for selling items that he had lured for real-world cash though it's seen on his YouTube channel that he still makes luring videos it seems that today his account isn't actually banned anymore he recently made another account called King MX 799 but that account was shortly banned afterward as well.

He is a runescape video maker who has also gained much notoriety for his luring videos as well he also had a self-made program called bh pro to even check if his victims had much wealth or not. The program showed a red skull overlay on the player if they had one mil plus GP total wealth or a green skull if they had less than 999,999 GP total wealth this even excluded untradables but included degradables like torva.

From the 11th to the 15th of september in 2012 the majority of his accounts were permanently banned because Jagex suspected that he had been selling the lured items for real-world cash. His main account CLS product was also locked on the same suspicions costing him over 200 billion worth of items and GP he says in a video on his channel. After three years he has returned to Youtube playing on an old school RuneScape account in which he blocked the name out of in the video nobody knows yet if he will return to luring.