RSPS News
Admin
posted on 1 year ago — updated on 1 year ago
2,559
views
RSPS-Advertisement RSPS News
In today's article RuneLeak is going to count down the top five players in all of RuneScape's history though there are only five players listed in this article there are still many, many great players who have come and gone from this game that we all love.

For many years The Old Nite was at the top of the highscore's list several times during his time playing RuneScape. He was commonly battling for first place in the early days of RuneScape with Zezima and lil euphy 88, During the middle of 2006 The Old Nite logged out briefly during his max stats party and nobody knew why. It was later confirmed by his sister that The Old Nite had died at age 46 just weeks later in May that year due to colon cancer. His wife and son requested that his account be safeguarded. Older players say that he was Australian and was best known around RuneScape for his willingness to converse with the other high-rank players. The Old Nites password was leaked in 2009 ultimately forcing Jagex to lock his account permanently, as far as we know nobody knew what his real name was The OldNite was the first player to achieve all 99's. In 2004 and after his passing he had a Memorial Hill built by Jagex in level 13 wilderness it's safe to say that The Old Nite definitely deserves to be a part of this article and we hope he rests in peace. 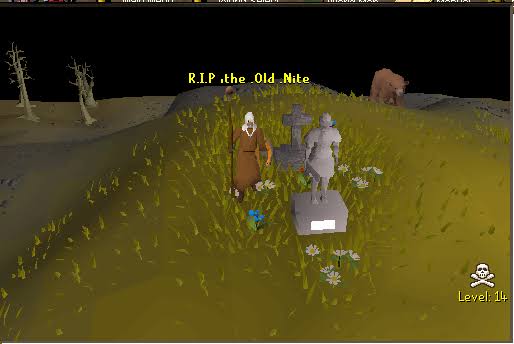 N0valyfe was known outside of RuneScape as Jordan and he was the highest-ranked player in the High-Scores for a brief amount of time, when we say briefly we really do mean brief as N0valyfe literally got Rank 1 overall overlapping Zezima. He then retired from the game shortly after causing him to not be widely known anymore around RuneScape by most people today. His Fame was definitely short-lived, he began playing RuneScape in July of 2004 and ended up quitting in November of 2006.

He was one of the fastest and most efficient players ever to reach 2178 total level back in those times especially when the main people like Zezima who had been already playing RuneScape classic whereas N0valyfe had not been. N0valyfe 's username, when translated literally, means new life and his reason for quitting RuneScape was because he suggested that in his words he looked out his window more than he would like to admit suggesting ultimately that the game was taking over his life. what amazes is about N0valyfe is that he used to have a website at the address of Novalive.org it has since been long taken down, his Photobucket account however in which he uploaded all the pictures are still up to this day and you'll find over 700 plus pictures documenting his entire journey from month 1 of playing until the very last time he quit in 2006 he later returned in 2010 for Dungeoneering but lost interest sometime later and in 2011 he was hacked he, never returned since. 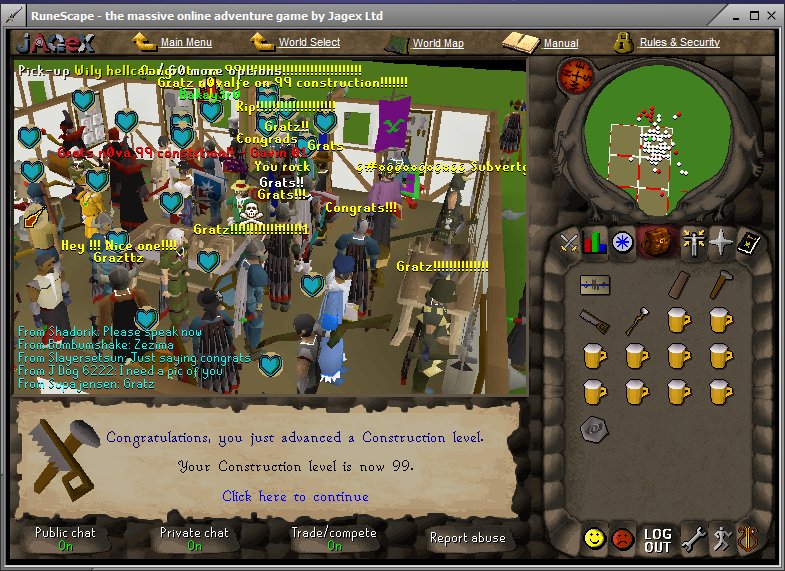 S U O M I was the first player ever to achieve four billion experience overall in RuneScape,  later the first person to achieve 5 billion experience overall, thus giving him 200 million experience in every single skill he was also the first person to ever do that.  SU O M I created his first account in 2001 but he stopped playing with it because he disliked its username. He decided to try playing RuneScape since his friends from school played it and he noticed a lot of people at his school library playing the game as well so he created a new account named S U O M I which would turn out to be the highest-ranked account ever in RuneScape history. S U O M I's username itself is a finished word which means Finland and it is said that S U O M I chose this username because he admired the nature in Finland. Due to commitments with school  S U O M, I didn't initially have considerable time to even play RuneScape in fact for the first three years of playing the game he was a non-member, who had quit the game time after time again due to scammers. SU O M I begin setting two hundred million experienced goals for his skills due to his inspirations coming from a number of players like Zezima, JebBram, alias and many more.

On February 21st, 2011 SUOMI attained the maximum total level of 2,496. At the time he had around 2.0 to 5 billion total experience when he maxed and he became ranked 5 overall. SUOMI stated that he tried to avoid getting the maximum total level as long as possible because when players reached the top page of the high scores they also got a lot of negative attention. On September 24, 2012, SUOMI stated that he would stop playing because he simply no longer enjoyed the game. SUOMI had 199 million experience in thieving the last skill that he needed to have all skills max with 200 million experience he was at four point nine billion XP overall and getting this last skill to 200 Million would have given him five bills. Jagex had planned a trip for SUOMI to the Jagex headquarters so that he could get his final experience point there. But on the 21st of February they retracted their offer after watching one of sumoi’s videos on his popular YouTube channel in which he shares some of his disrespectful opinions towards Jagex. SUOMI accidentally gained 200 million experience in thieving.

Shortly after receiving his milestone of 5 billion experience overall he received a mute for two days in which he couldn't even throw a party. When divination came out SUOMI never did get 200 million experience, in fact, he is only 6 experience away from getting it and has been ever since. Nobody knows why he won't achieve 200 million divination already but in our personal opinion SUOMI has more hate for this game than love and we may never know why nonetheless his skill is unmatched and definitely deserves to be part of this countdown. 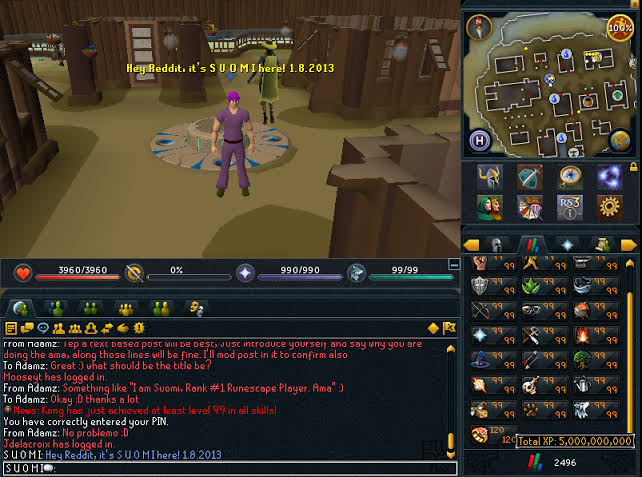 If you're a veteran of RuneScape then you know exactly who this person is, known outside of RuneScape as Johan, Yogosun was the first player to ever reach 200 million experience in three skills. He's a Swedish RuneScape player who was first on the overall high-scores for over four months. He had a YouTube account in which he shared a video showing his RuneScape history. But unfortunately, his YouTube account was later hacked and much of his videos are lost now.

Yogosun was playing on a football team and some of his friends were playing a game that they called run-escape and when he asked them where he could try it they told him to go to run-escape.com. After a few days of searching for the game, he realized that they were pronouncing the game's name incorrectly which is actually quite humorous. It was only around a year later when he was surfing the web trying to find something to do that he actually stumbled upon RuneScape. He named his account Yogosun because he wanted to create a name that sounded Asian just for fun, his first level 99 skill was magic which he achieved on November 6, 2004. He said in a 2007 interview that he plays RuneScape simply because he finds it relaxing and usually does other things while he plays such as watching videos or doing homework. Yogosun has never attempted to achieve rank 1 overall he said, in reality, he just enjoys playing the game.

After the release of summoning Yogosun achieved Rank 1 overall on the high scores, on the 22nd of July 2008 and he was the first player to achieve 200 million experience in 3 skills which were fletching cooking and thieving. Yogosun later stated on his YouTube account before it was hacked that he lost interest in the game after Jagex had been making a lot of updates to the game that in turn made the game to him unrecognizable. On July 29th, 2011 Yogosun reached a max total level of 2496 and today he still continues to play the game with a max total level of 2595. 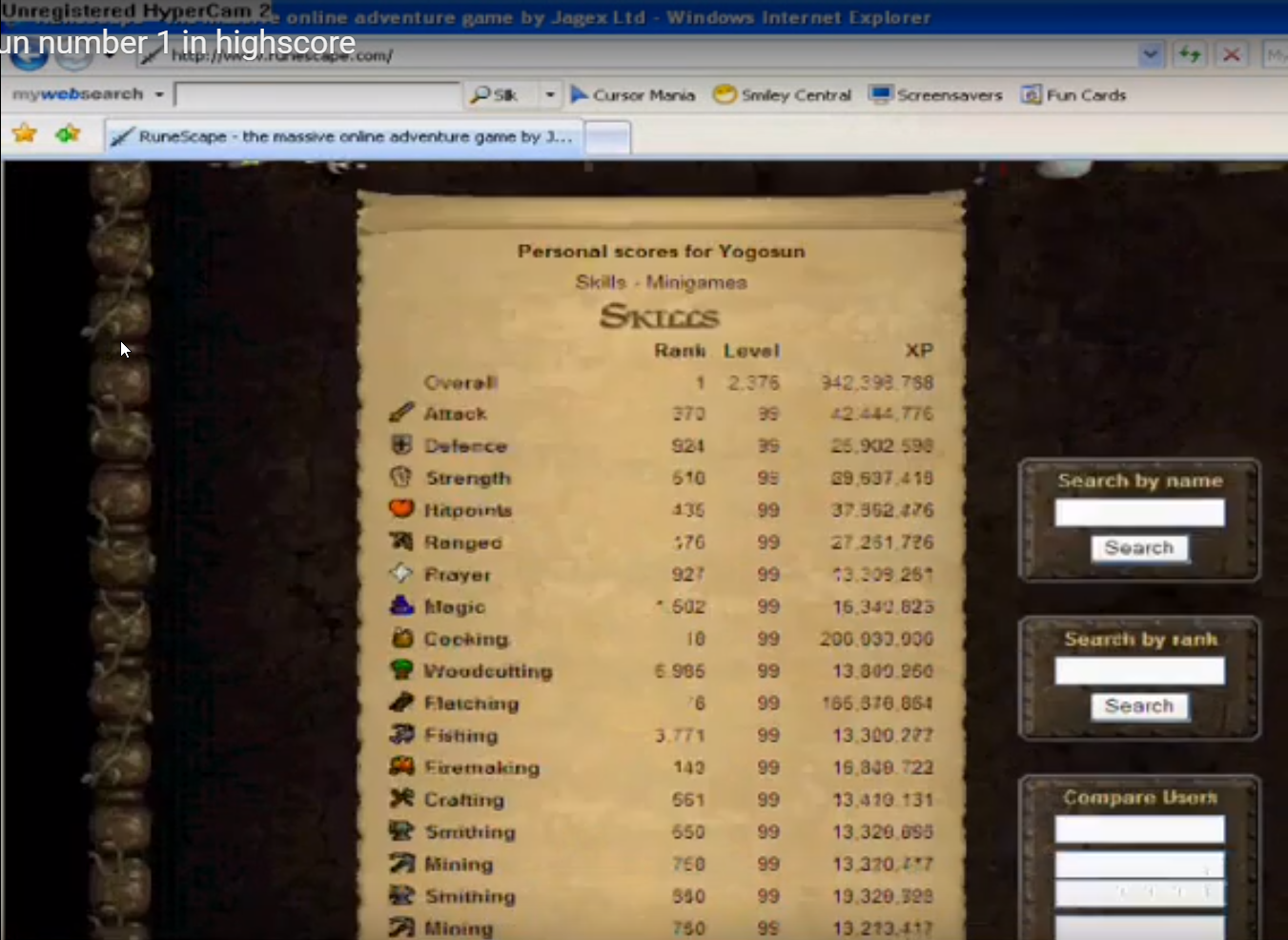 This guy could be the entire article if he wanted to be. Mod Mark stated that Zezima is perhaps the most famous player in all of the game’s history he definitely deserves to be number one on the countdown whether you love him or hate him. In 2007 he made it onto the list of the biggest role models in a study done by Cartoon Network's new generations. He was also given player moderator status on April 8, 2009, during runefest2013 and Jagex awarded him the golden gnome for lifetime achievement this reward recognizes players of the RuneScape community.

Zezima was the only player in RuneScape history ever to have retained Rank 1 overall for years and years he began playing RuneScape in early July of 2001 and was the first player ever to achieve 99 slayer, a total of 1980,  2079 total level and as well as 1 billion experience overall. As of 2020 however he is no longer top 100 on the high-scores, unfortunately, all good things must come to an end. Zezima has stated on his YouTube channel that he had and we quote “stopped playing competitively due to the number of updates by Jagex making the game progressively easier over time” he continued on to say that “these updates weren't fair to the players who took pride in their achievements and who had been playing the game since the very beginning” Little is known about Zezima but his real-life name is Peter his username comes from his last name making his full name Peter Zezima in 2007 on his YouTube account Zezima0213.

Peter posted the pronunciation of his username because so many people were pronouncing it wrong. He corrected everyone by explaining that his name is pronounced zez-e-ma because over the years there had been so many silly pronunciations of his name. Zezima is still currently an active player although no longer playing to achieve ranks. His homeworld is world 103, he logged into old school RuneScape for a brief amount of time and everyone went crazy with anticipation to see if history would repeat itself on the old-school highscores but Zezima never returned to old school. our guess is that he felt a sense of nostalgia and curiosity so he logged in didn't actually want to try to gain ranks on 07. As of August 27 2014 he has reached a maximum total level of 2595 and continues to play to this day.

So many rumors have been spread about this player accusing him being a robot formed by Jagex just to train 24 hours a day, to being a girl which obviously he isn't to also going as far as being rumored to have hundreds of people always playing on the account for maximum gains. He was known mostly for his silence and showing no willingness to talk to other players whilst playing the game but hey if you were getting spammed every time you logged in we don't think you'd be spending time trying to answer everybody either. Zezima has and will always be in our opinion the most famous person in RuneScape.

One thing RuneLeak thinks Zezima didn't do correctly is monetized his fame. A close friend of his said that "He lives an average life with an average job, he's also in his mid-30s and spent at least 15 years playing RS so he didn't do anything productive or smart lol" 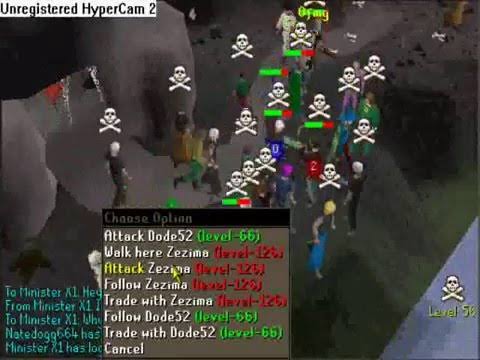