History of RSPS & Where it all Began

RSPS News
Admin
posted on 9 months ago — updated on 1 month ago
972
views
RSPS News
Today RuneScape Private Servers are insanely complex with features that rival the official version of RuneScape however it wasn't always like that, RuneScape Private Servers had to start somewhere and the beginnings weren't pretty. In today's article, we're going to explore RuneScape's first private server and how it spawned one of RuneScape's biggest underground markets.

History of RSPS & Where it all Began 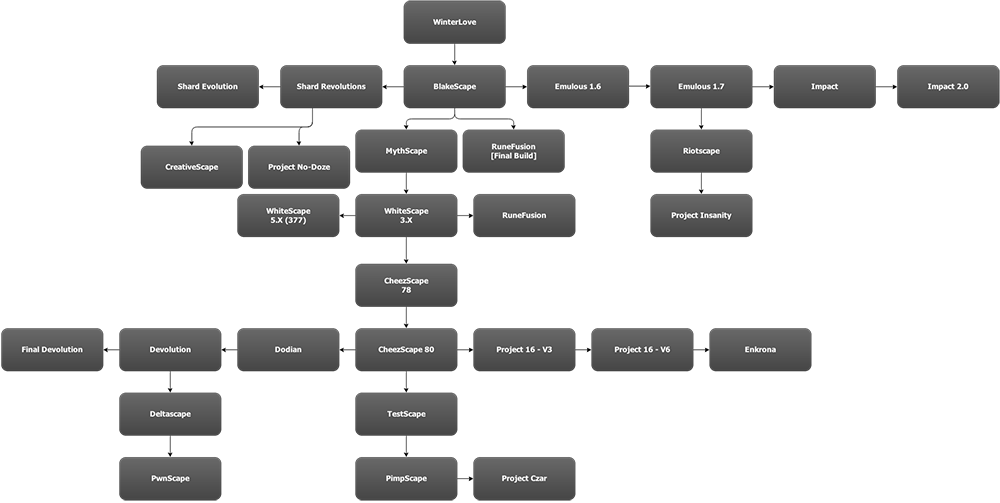 Anyone unfamiliar with a private server it's basically a ripped version of the RuneScape client and a custom server so that you can create your own custom version of RuneScape. Kaitnieks was the creator of RuneScape's first-ever bot along with this he basically created a forum that was a safe haven for RuneScape classic cheating. 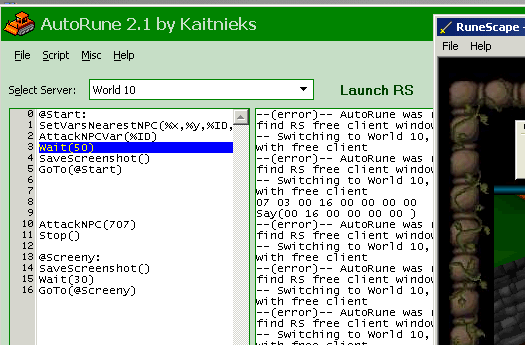 When Runescape2 released the community had to start over with all of their BOTS and cheats nobody knew really anything about how this new version of RuneScape worked at the same time a user by the name of Moparisthebest was working on a cheat client called MoparScape. For those of you familiar with Mopar you may be thinking that MoparScape isn't a cheat client well it turns out it actually used to be. Before the time of MoparScapes creation someone created a thing called a Deob, Moparisthebest explains this stood for Deobfuscated Decompiled Java source code for the Runescape client you could modify this client recompile it and play RuneScape using it.

Mopar used his knowledge of Java and some tutorials Kaitnieks made to create the first version of MoparScape. MoparScape made it easier to cheat in RuneScape by removing a lot of the official clients anti-cheat features. 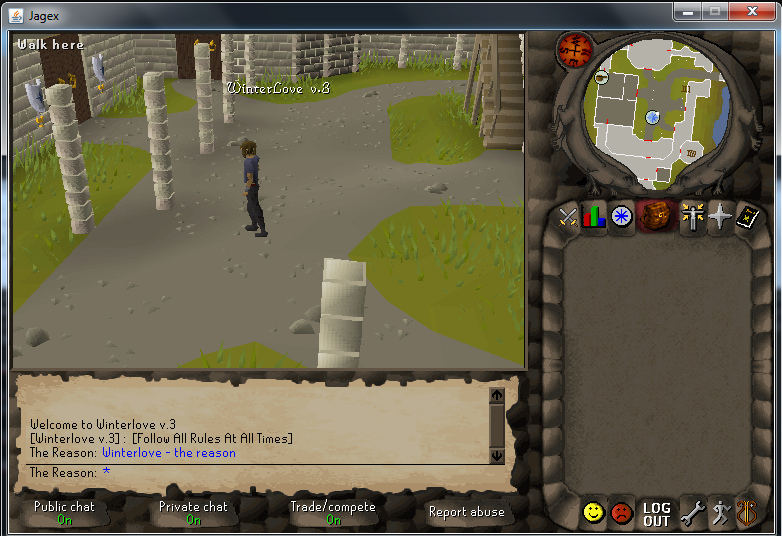 In the very beginning, winterlove was basically the RuneScape world map that had random items spawn all over the floor winter love later progressed so that it could be used to test BOTS. Winter love was extremely rudimentary and according to Mopar had some of the worst code structure ever seen although nobody really knew it at the time, nobody really even had the idea to make their own custom server with it they just wanted an easy way to test if their bot scripts would work.

Mopar applied the changes he made to his first MoparScape version with the modified version of the winter love client, suddenly you could connect to any private server in the world with the character and walk around it. Kaitnieks had to take some time off and in the meantime, the forums were shut down so Mopar created his own website to try and keep all the members of the old forum together. At the same time all this was happening, private server development was exploding there was a new server base and client coming out everyday features were being shared copied and pasted into different clients the first public playable servers started to get created with all these custom features. 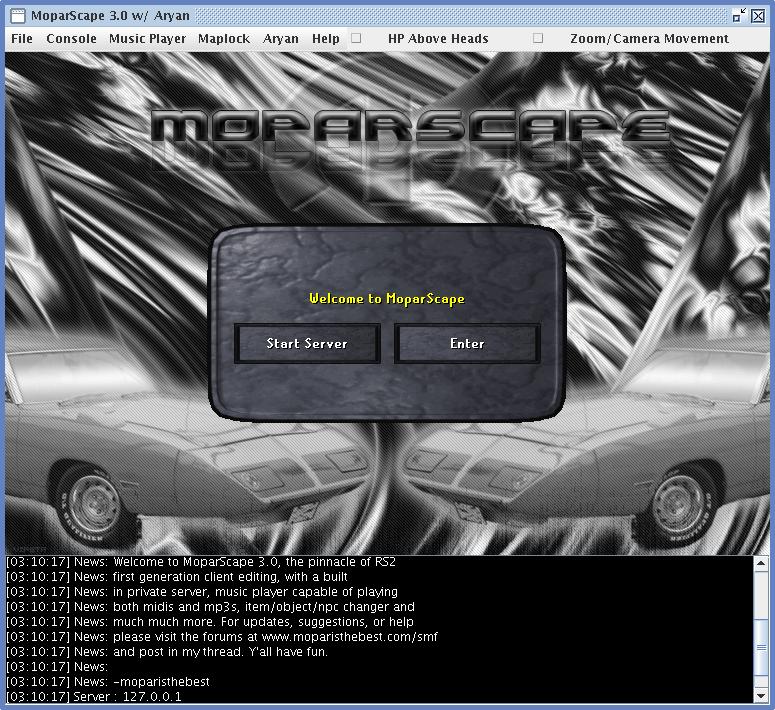 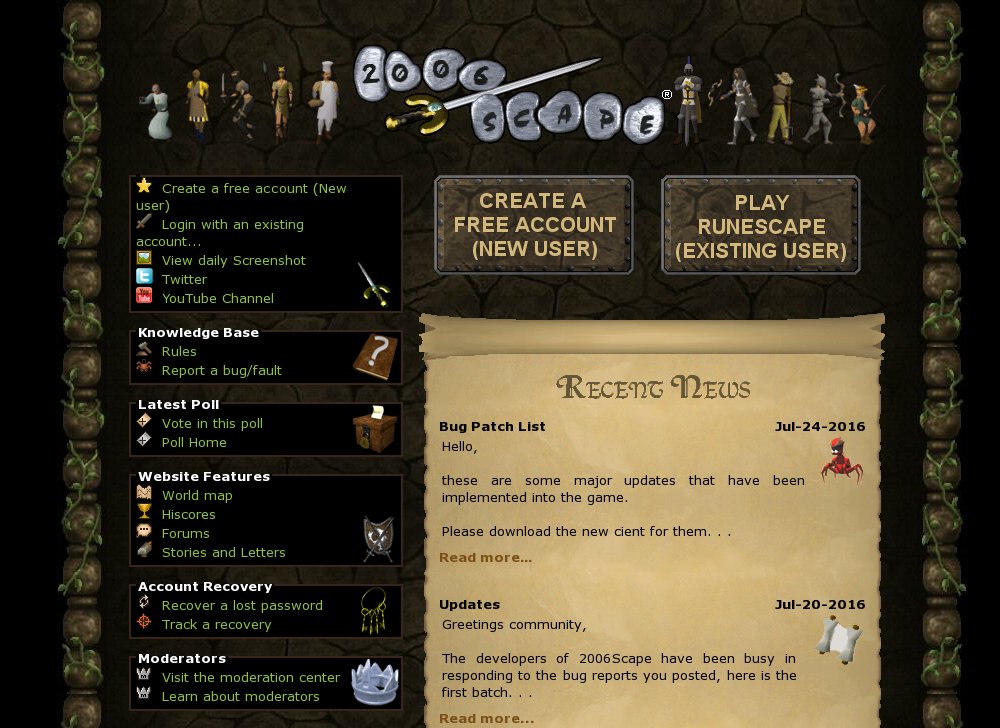 With the release of OSRS and the Chinese company buying Jagex it seems that Jagex has stopped caring about RSPS but how long will this last is the million-dollar question.

Jagex has taken RSPS very serious in the past and has attempted to shut down some RuneScape Private Servers, sometimes succeeding. 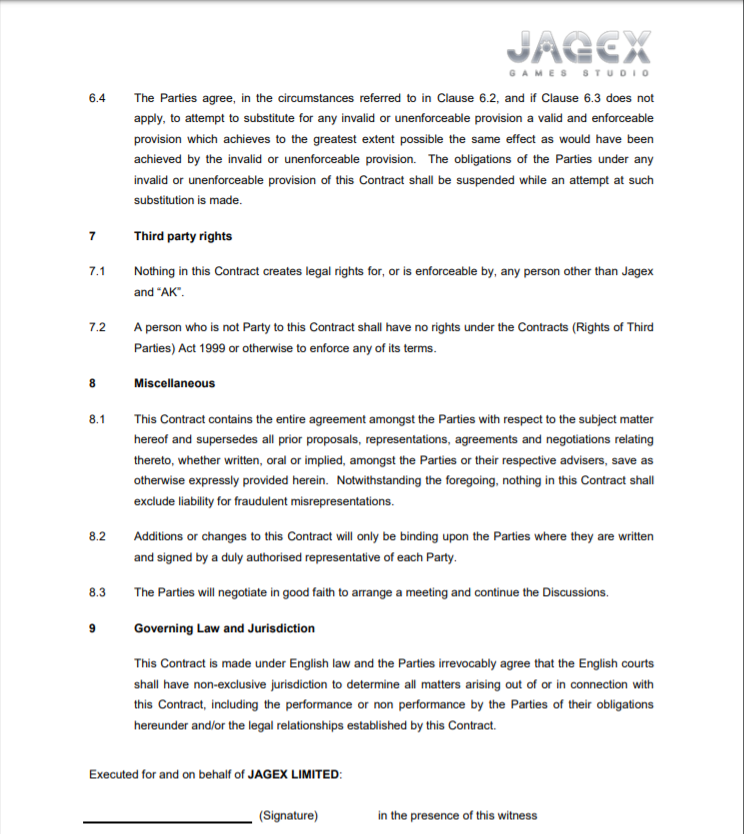 SoulSplit had an agreement with Jagex so technically SoulSplit was a legal RSPS but according to our sources the contract between Jagex & SoulSplit was terminated which is why they shut down.

Please read this mail properly, as there are a couple of good arguments in it, i friendly ask you to actually think about it, and not just click "delete" or send me a copied email back that you sent to everyone mailing you about private server copyright.

I also apologize for any grammatical mistakes, I myself am dutch, Although i do try my best on writing as proper English as possible.

I am Pim de Witte, I live in the Netherlands and I am the owner of www.soulsplit.com

I came up with an idea that might change the way people look at JaGex dramatically, because JaGex has great people working at them and that should be shared with the world.

This idea has to do with a certain way of approaching Private servers in a different way then current Gaming Company and Software developers do it.

I have a huge impact on the RuneScape Private Server community, i am basically an example for the owners of private servers and i have a lot of experience, and a lot of players, and that's why i think i could help you

Soulsplit has been up for 1 and a half year.

If you agree with my idea, we will expend to different revisions as well, this will result in our total player count to raise dramatically..

We are planning on taking over the majority of RSPS by hosting high-quality servers with good management and programmers.

I have recently called you about my idea about RuneScape Private Servers.

Other gaming companies (Blizzard) are "fighting" against them, now I came up with the following idea:

Why don't you (Starting with soulsplit) make personal contracts/deals with large Private servers allowing them to host their(or you may call them your) game client in return for a share of the profit.

These days there is a lot of money going around in RuneScape private servers, myself i think the amounts that i sell items for in my Item Shop are insane (27K USD), and must be shared with the original owner of the content who made this all possible for us.

I am not sure if you knew this already, but sharing profits with these servers could result you in gaining a lot of extra money on monthly basis.

The majority of the people who play RSPS are no longer interested in RuneScape, that's why i think fighting against private servers does not result in anything good for RuneScape.

By doing this properly you can gain a lot of money from it , the last month I have raised $27 000 USD (Sales volume ) from soulsplit.com (which I think should be shared with JaGex).

You will basically give your people the oppertunity to run some kind of business, and sharing a certain percentage of the Sales volume (or profit) with JaGex, leading into a great learning experience for the developers and owners of the private servers, and some extra publicity for JaGex (since no other gaming company has done this before).

I don't think you have anything to lose if we can make such a deal.

May you be interested in making some kind of contract/deal about this, please mail me back. I think this is very likely for you as well, because let's say i have to share 25% of my sales volume with JaGex , that will be $6750 a month.

Sharing a certain percentage(yet to be discussed) of the sales volume or profit with JaGex.

The client must be given to JaGex open source, to prove that there are no malicious items in it. If asked for this must also be done with the server.

I will program and manage everything myself or with my second developer, i will not ask for any help or code from JaGex.

I am not "working" for JaGex as an employee, i basically buy the rights to host my server for a certain share of my profit.

I have learned so much from this and I would hate to bring it down, simply because I love working with and for it so much

I spend 4-8 hours a day managing the server, in weekends I try to add content, I even hire a second developer because it is simply too much work for me on my own.

Please mail or call me back (note that it is a dutch number, if you wish to have phone contact i can call JaGex over skype with Skype credits, like i did earlier today.