So where do I even start? Today I woke up with an email from PayPal saying that I have an active dispute for $80. I go to investigate and find out that its from the owner of RuneAd (Aaron)

I read the dispute and I'm shocked to see what was written: 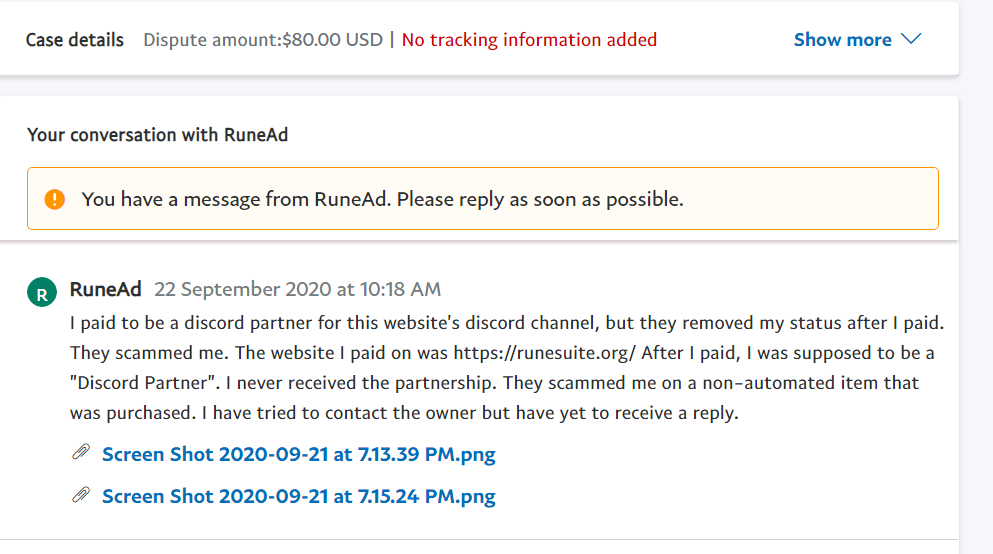 Now if this was true he would have a point but the whole story and evidence supplied is fabricated: 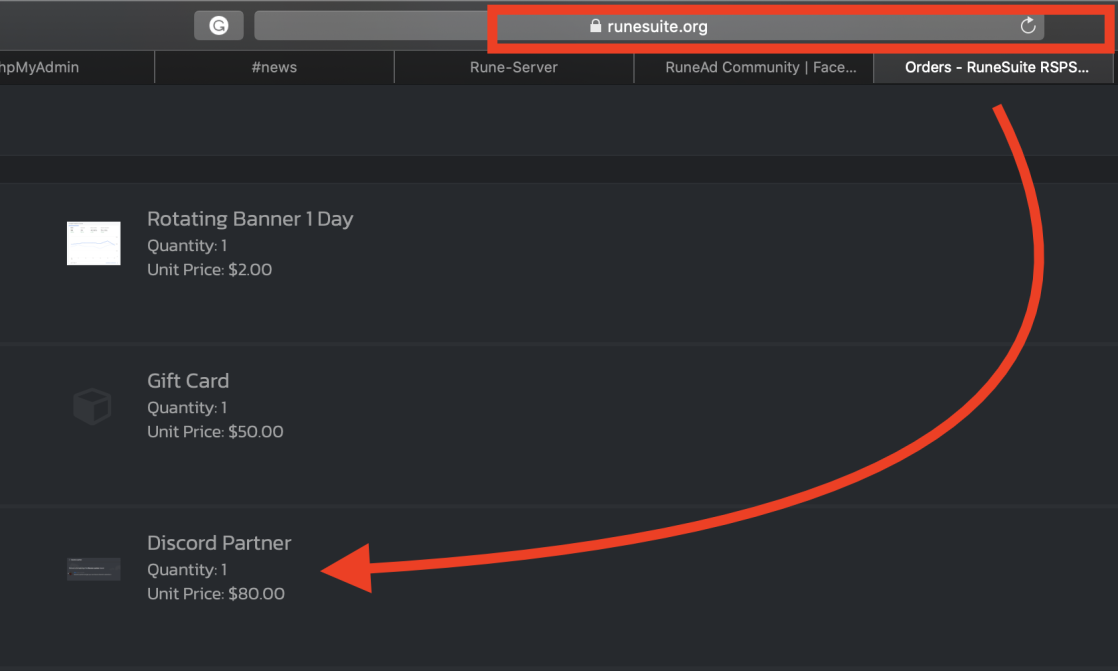 The next screenshot shows his discord server not showing a channel with the name RuneAd.

After this happened I was shell shocked and confused how is this possible? So I did a bit of investigating to see what the hell is going on and to my surprise, he actually fabricated proof and changed discord partner to $80 and gift card to $50. this was not the case when looking into the Admin Panel previous transactions this is what actually was paid:

$50 for Discord Partnership and $80 for a custom side banner

Evidence of what we discussed: 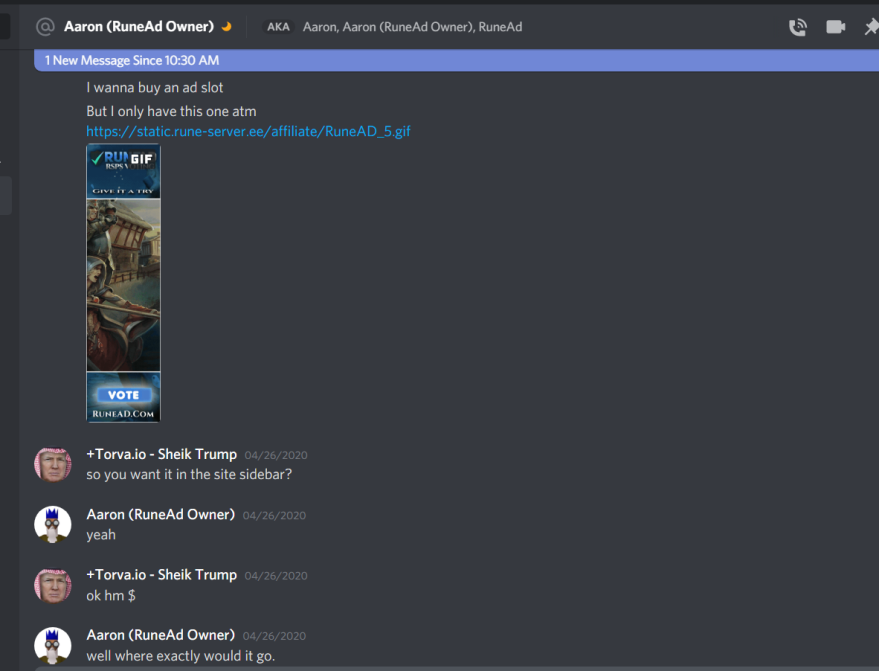 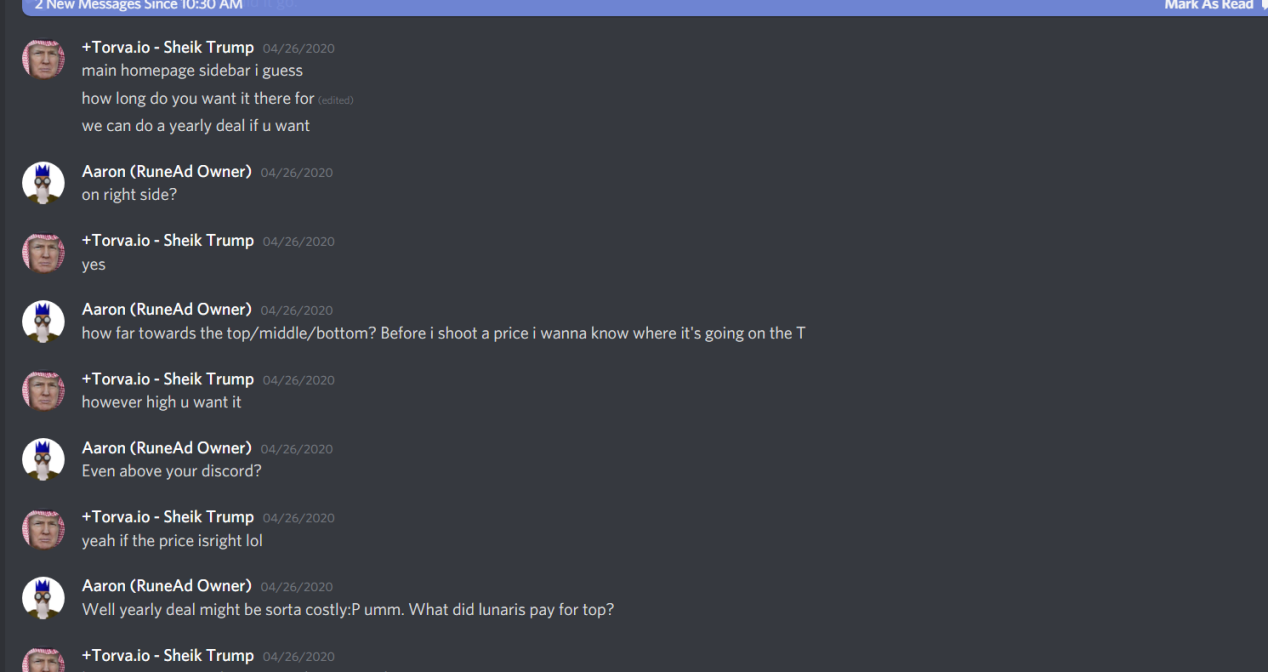 When I confronted him with the evidence of what we discussed and sent proof of transactions this is how he responded: 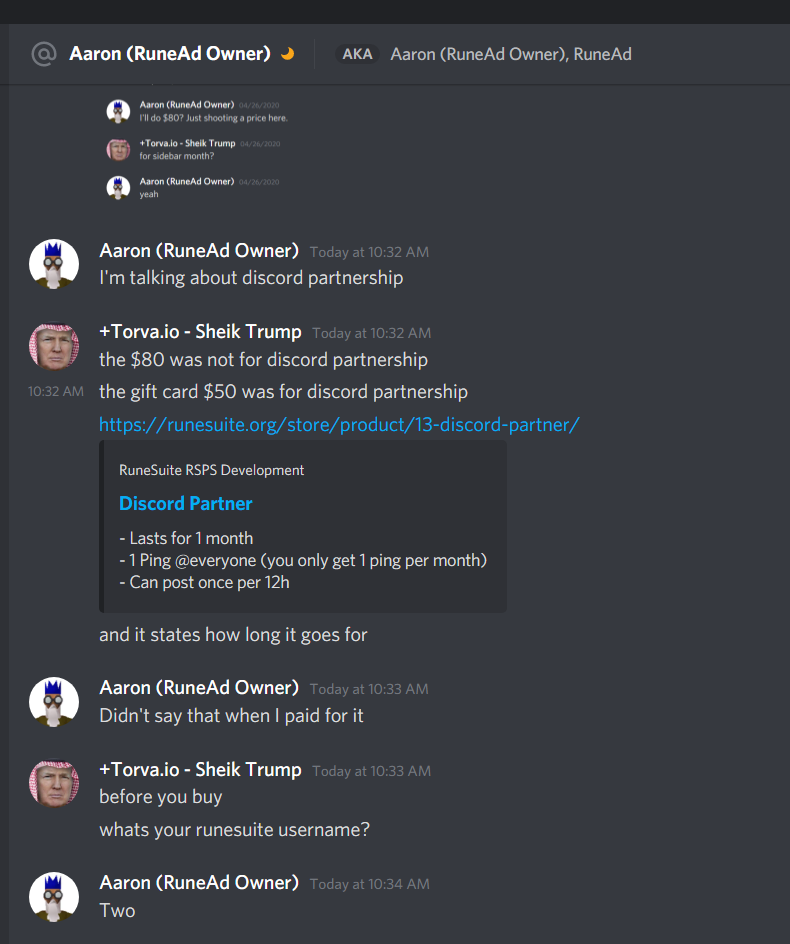 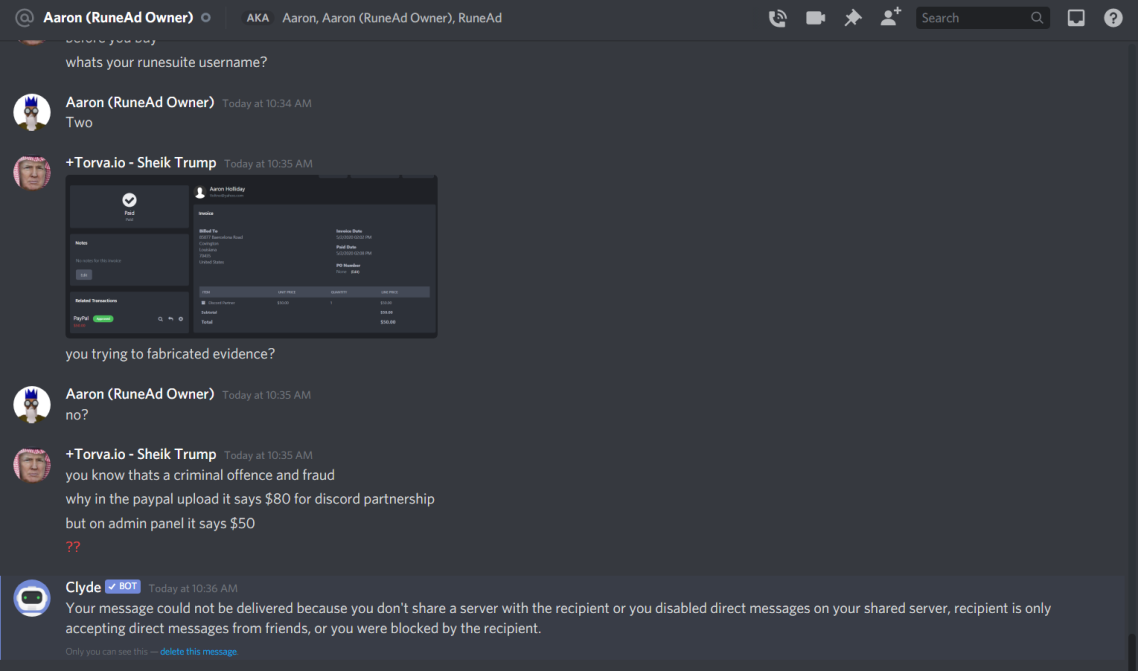 He blocks me then later unblocks me and the conversation continues and he states "he never used  it" directly after saying he only used it "once" (which is a lie) then continues to threaten\blackmail me: 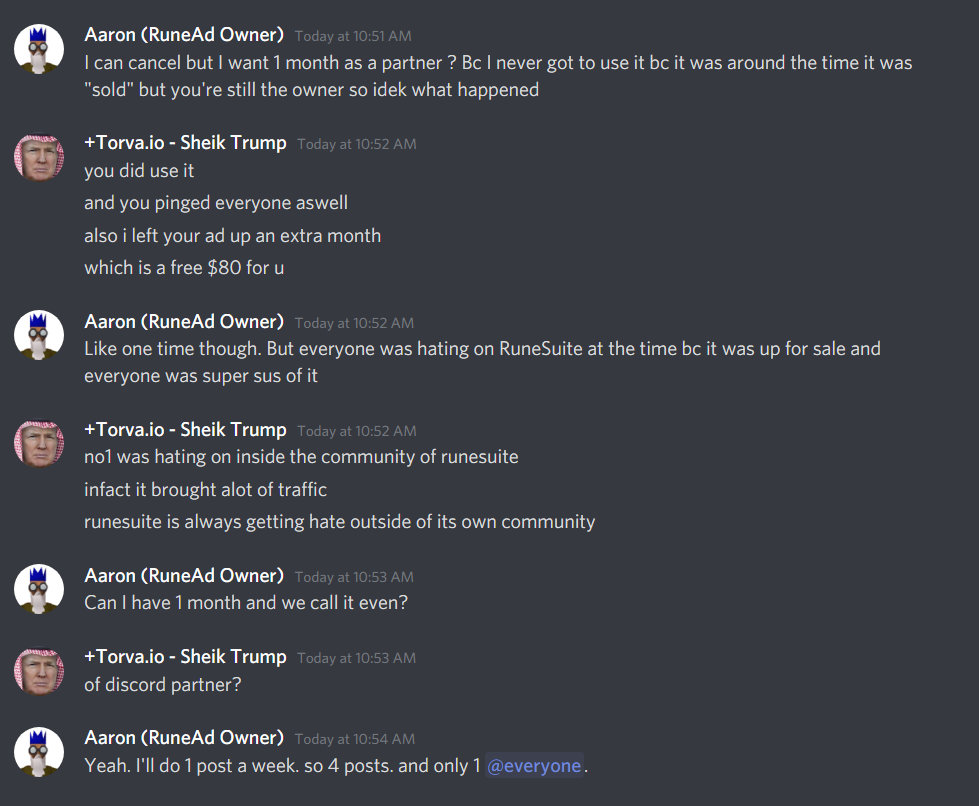 I "agreed" to his blackmail to get him to cancel the dispute and in the end he comes up with a joke of an excuse:

But while RuneSuite was being "sold" we talked: 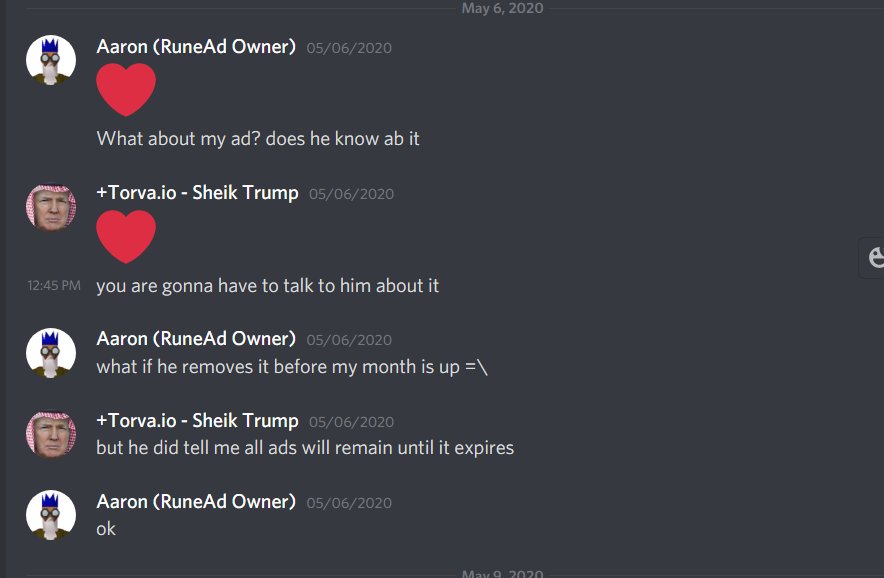 There is a big irony to the story and its that his banner\discord stayed up for an extra month because i forgot about it which is a total of $130 worth of free advertisement:

Special shout out \ thanks to King Fox for helping me out during this process: 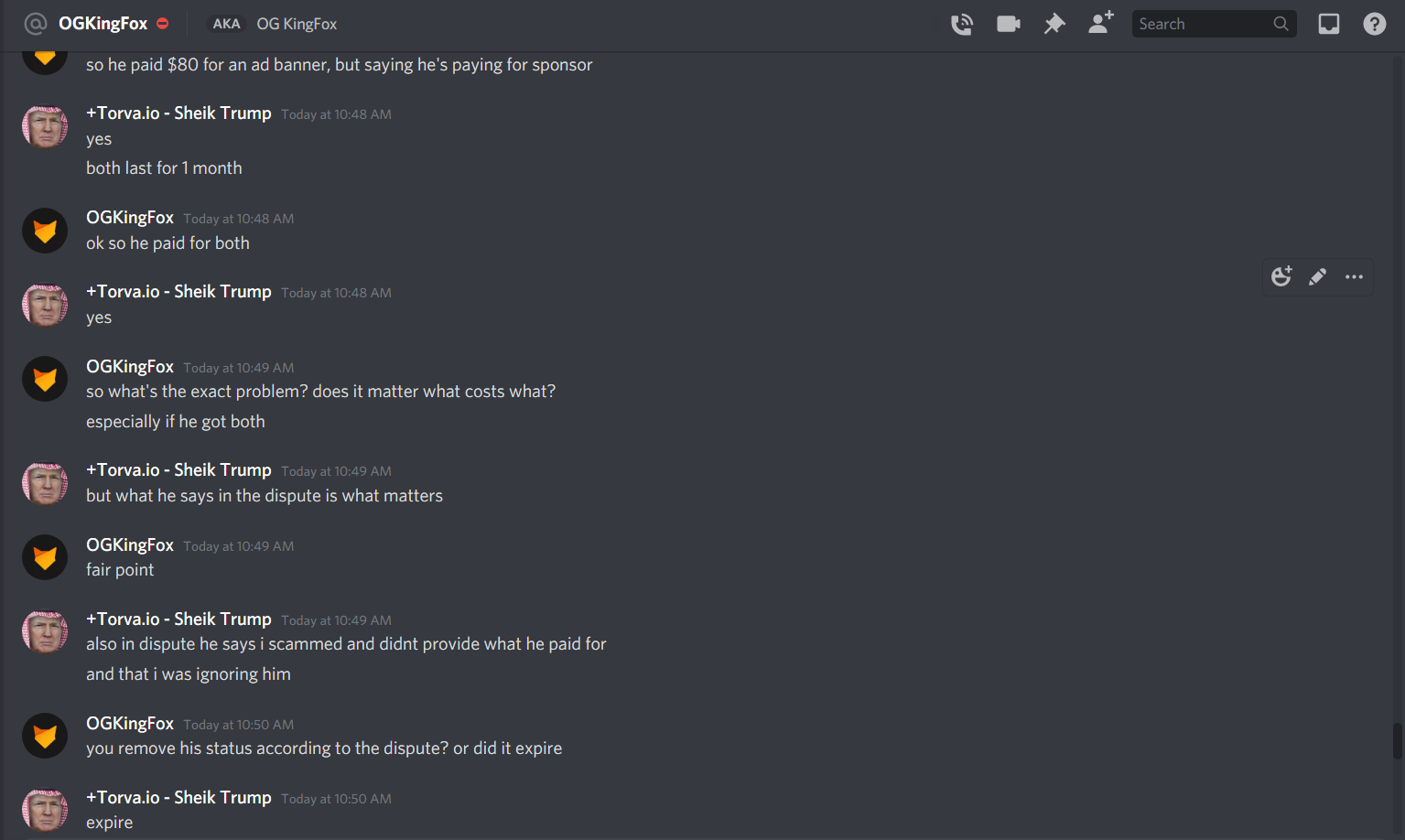 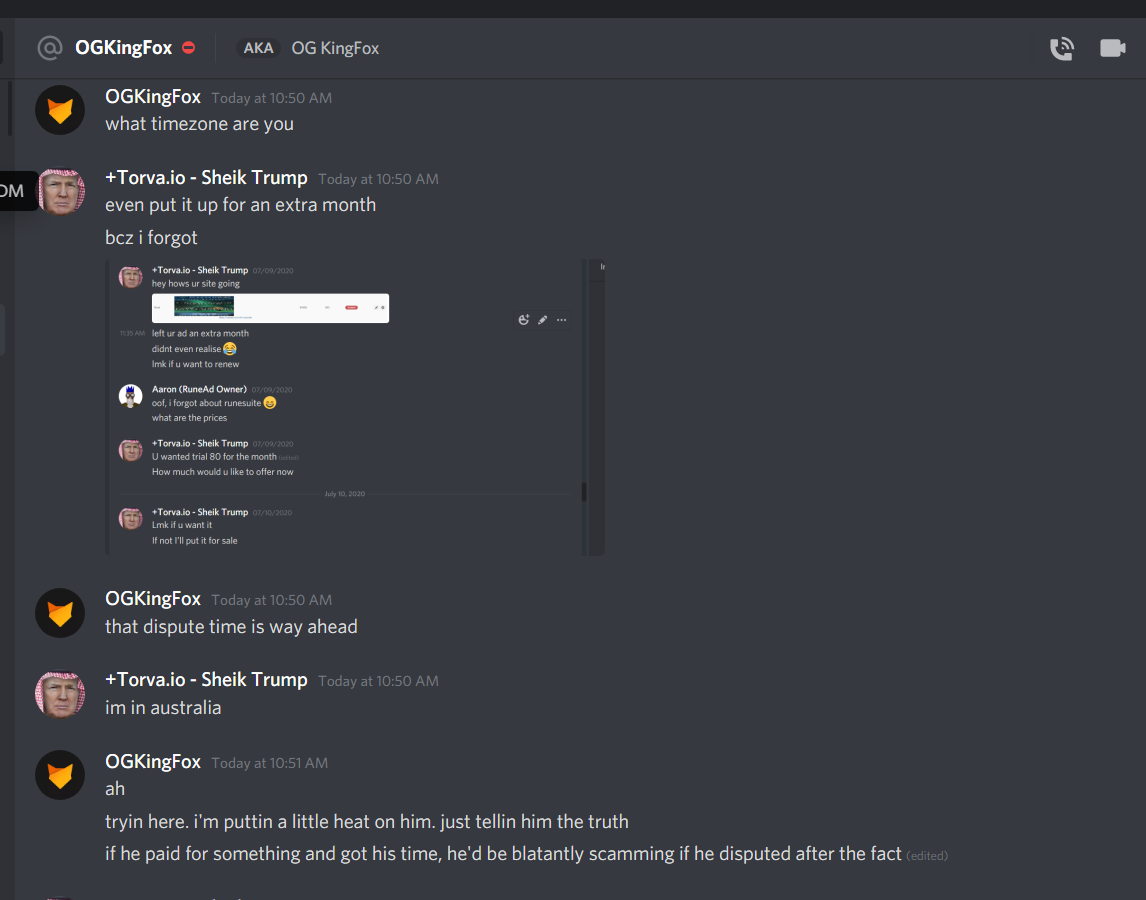 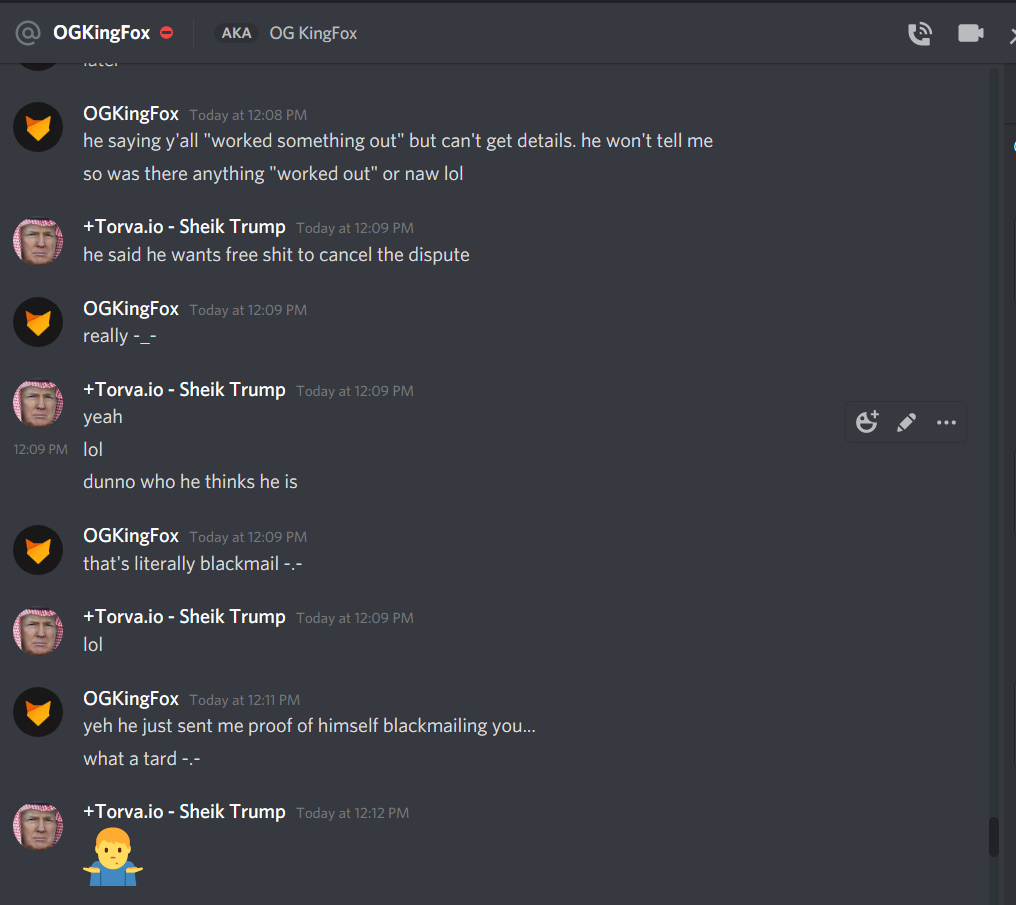